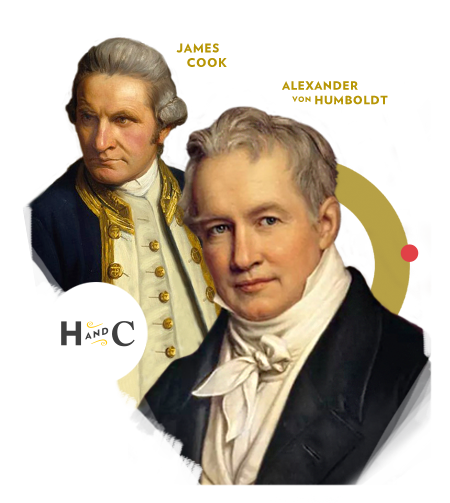 Created in a time when search engines seemingly do all the searching, Humboldt & Cook draws inspiration from two of the greatest explorers of the Age of Enlightenment: Alexander von Humboldt and James Cook.

During the 18th and 19th centuries, each described millions of sq. km of land and sea as they navigated the unknown. Passionate about new cultures, their artistic heritage and culinary customs, the many voyages of both Humboldt and Cook are legendary.

As a modern iteration of these explorers, we design unique and exclusive journeys that are ‘non-googleable’ and completely experiential. 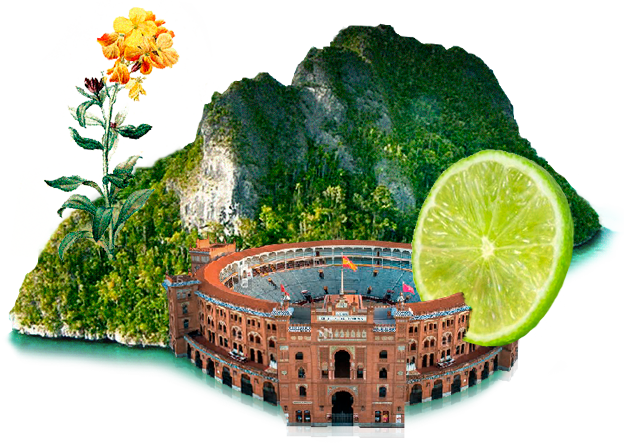 A well-balanced mix of body and soul, made possible by personal connections

Based on our ample knowledge, contacts and personal passion in the complementary fields of Art, Food and Wellness, we offer the kind of discovery that can only be found through personal connections.
Our in-country experts provide exclusive access to the most distinguished and knowledgeable art historians, artists, collectors, anthropologists, architects, designers, chefs, wellness pros and other experts in their fields. Step into the international art world, indulge in top culinary experiences and unwind with signature wellness experiences: the thoughtful connection of body and soul is at the core of our journeys, transcending time and place. 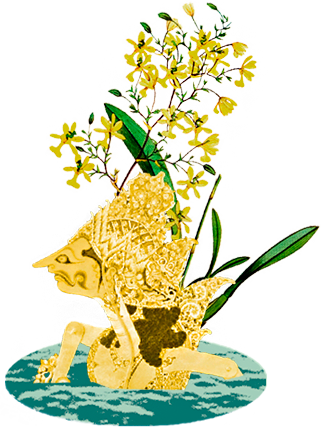 We are mindful travelers, looking to generate a ‘sense of place’ – to gain a deeper, more immersed understanding of local culture and global context.

And in this, we believe in a more responsible tourism that ensures local communities benefit from tourism dollars in ways that treat them as respected partners. We also believe in offsetting our carbon footprint.

We are a group of visionary people committed to and experienced in our areas of expertise. Possessing a combined 25+ years’ experience in luxury tourism, as well as the art and lifestyle spaces, we strive to provide you, the discerning traveler, with new ways to see and talk about the world, and to connect the dots of life.
Our Values
The Team

To offset an industry that has thrived on overtourism, we design itineraries with the aim to minimize negative social, economic and environmental impacts. We also believe that travel has the power to drive the development, confidence and pride of local and global communities. Our journeys are filled with opportunities to learn and connect meaningfully with local experts who are on top of the most pressing issues impacting their community.

Designing personalized travel is about curating a flawless, experience-rich itinerary—an art that requires an overall view and first-hand experience. Our journeys are the result of over 25 years of systematic field research as well as mastery in our areas of expertise (art, food and wellness). No detail is too small.

In the age of globalization, the biggest threat comes from increasing distrust between cultures. Understanding the unfamiliar or ‘new’ is therefore critical as it promotes ample coexistence. We see Humboldt & Cook as a platform for positive intercultural exchange and connection, leading to the conservation of natural and cultural heritage while embracing diversity. 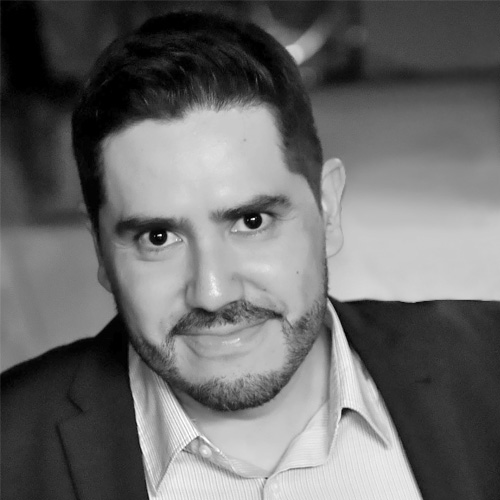 Through his father’s involvement in the direction of Art Basel, Pablo was brought up near the center of the contemporary art world in Switzerland. A graduate from Columbia University with a Masters in International Affairs, Pablo has worked for the World Bank and IADB in Washington DC, taught at the Central Academy of Fine Arts in Beijing, was a director at the leading Asian art fair Art Stage and established himself as an entrepreneur in Singapore...
Read Pablo's Full Bio 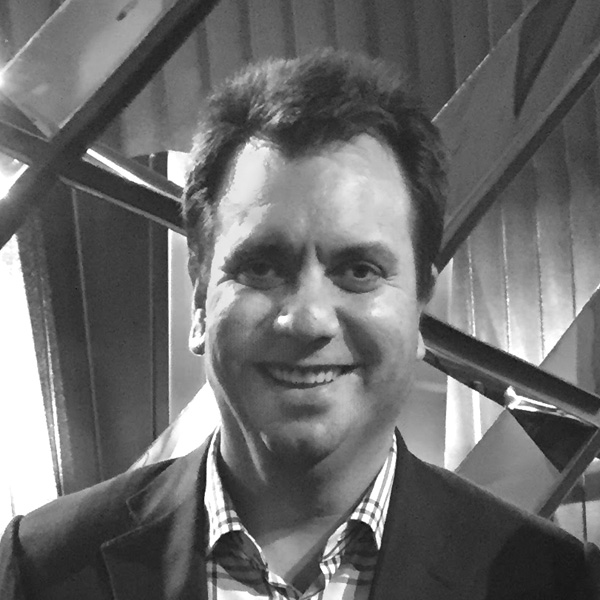 Immersed early on in the rich sounds and colors of four Latin American countries, combined with a U.S. academic upbringing, Eric’s worldly perspective led to a passion in finding authentic culture, unique sights and intense rhythms. Founder of Latin Excursions — a reference for personalized travel in the region, recognized by Travel & Leisure and Conde Nast Traveler — Eric splits his time between Miami, Guayaquil and...

From an early age, it has been clear to me the important role art plays in our lives—though only with time would I realize how the boundaries between art and lifestyle had become blurred. In 2018, I organized an exclusive trip for art collectors to Mexico City and Yucatan and it was a total success. Personal contacts in the city opened many doors for us: to museums, artist studios, top private collectors’ homes, even exclusive access to Mexico City’s top restaurants. Soon after, trips to Switzerland, Italy, Peru, and Indonesia followed, guided by the same principles: exclusive and unique experiences that allowed travelers to discover through art and gastronomy. Humboldt & Cook was born out of the need to share this concept with a wider audience. We have since integrated the wellness element because we are convinced of its complementarity with art and food. Through a truly unique platform, we are on a mission to facilitate extraordinary discoveries. ”

Through his father’s involvement in the direction of Art Basel, the biggest art fair in the world, Pablo was brought up near the center of the contemporary art world in Switzerland and thus became sensitive to culture at large at an early age. His interest in the written word turned him into an avid reader and developed his entrepreneurial spirit in various professional areas throughout his life. A graduate from Columbia University with a Masters in International Affairs, Pablo has worked for the World Bank and IADB in Washington DC, wrote for Newsweek in New York City, taught at the Central Academy of Fine Arts in Beijing, was a director of the leading Asian art fair, Art Stage, and established himself as an entrepreneur in Singapore. Having lived in eight countries (on four continents), Pablo has developed an extensive network of business contacts ranging from Fortune Global 500 corporations to niche luxury brands. A keen collector of books, explorer of libraries, and self-declared foodie, Pablo is currently based out of Singapore and Madrid, where he works at the crossroad between travel, art and lifestyle.

A before-hours visit to the Sistine Chapel in Vatican City! A full hour prior to public visiting hours, our party was welcomed inside for a once-in-a-lifetime experience: a private mass, 20 (serene) minutes admiring Michelangelo’s masterpiece, followed by a tour of the Vatican Museums and St. Peter’s basilica.

A private tour of the kitchen at Gaa in Bangkok, Thailand. Chef Garima Arora, Asia’s Best Female Chef 2019 according to 50 Best, shared insight on the creation process of her melding flavors from India and Thailand, resulting in progressive dishes with ingredients dictated by the seasons. We enjoyed some of her flagship dishes with no-fuss titles, such as Corn (charred baby corn with a smoked cornmeal dip on the side), the decadent Crab and Macadamia Milk, and Burnt Coconut Ice-Cream with Pork Floss.

An ayahuasca retreat in Los Yapas Holistic Center in Ecuador. Founded by a biologist turned spiritual healer, this unpretentious healing center located in the Amazon leads an all-encompassing approach. In the days leading up to the ceremony, you are pampered with all the luxuries of a wellness retreat — river mud baths, organic food, yoga classes, holistic therapy. Then, at night, you drink ayahuasca and experience an emotional and physical healing! 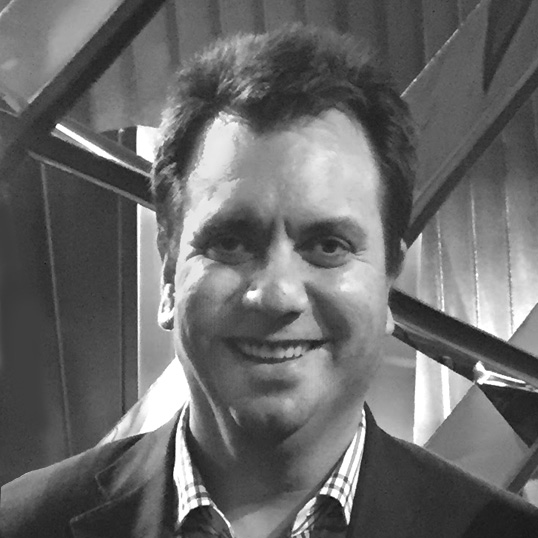 Though I grew up in an area of Brazil that, in many ways, was a derivative of Angola, my Ecuadorian mother had instilled in me a deep love and appreciation for the Galapagos Islands. This curious childhood mix of heritage and culture that denied location is likely what led to my interest in unconventional destinations and uncovering the unexpected. For some, travel is synonymous with vacation or is seen as a means of escape, but for me it's always been an opportunity to take the road less traveled—but I hadn’t considered travel design as a professional career until 2004. Then a corporate world warrior, I took a few colleagues to Darwin’s archipelago. It was a chance to share my insider knowledge, to show my companions what it’s like to be a traveler and not a tourist—and afterwards, I was left yearning for more. Soon after, I launched Latin Excursions, Latin America’s award-winning luxury travel company, as a way to share experiential and transformative journeys. Now, 15 years later, alongside a passionate and experienced team, I continue to uncover those rare and well-balanced experiences in the world.”

Born in the fascinating city of Salvador -Brazil’s most African area- to a U.S. American father and Ecuadorian mother, Eric’s upbringing was nothing short of exotic and enriching. Having been immersed early on in the rich sounds and colors of four Latin American countries, combined with a U.S. academic upbringing, Eric’s worldly perspective led to a passion in finding authentic culture, unique sights and intense rhythms. Founder of Latin Excursions—a reference for personalized experiences in the region with recognition from Travel & Leisure, Conde Nast Traveler, and others—Eric splits his time between Miami, Guayaquil and researching new destinations.

Visiting the contemporary collection of the unique Inhotim Institute in Brazil. During an inspection trip for a group, this open-air museum helped me come to realize that art does not have to be confined to walls. Why not incorporate the sounds and smells of a tropical forest as part of the setting? Works from world-class artists are nestled among rare species of flora and giant garden spaces, making this arguably one of the most unusual and unexpected art collections in all of South America.

A 2017 trip to Singapore proved to me the Southeast Asia city’s diverse and multi-ethnic culture and food scene. Venturing from my Airbnb, I roamed about town until I stumbled upon a small four story shopping center with some amazing hole-in-the-wall type eateries. To my delight I found a specialty coffee store and asked the owner, a former NYC resident full of tattoos, to prepare me his personal favorite style. He chose Vietnamese, which is now a favorite of mine. That experience in Singapore—and the smell of coffee beans—sticks with me to this day.

Nature escapes along the California coast. As a lifelong swimmer I continue to practice and compete, and in 2019 I signed up for the highly competitive U.S. Masters Swimming nationals championship. That year’s edition was held in Mission Viejo, of the Golden State. I was thrilled to be there and gave it my best and was happy with my results. After the tournament I took a drive up north to visit Big Sur, a vast natural area ideal for a spiritual experience or, at least, deep contemplation. It was a great way to wind down from the competition and enriched me with the sensation to be in the moment.