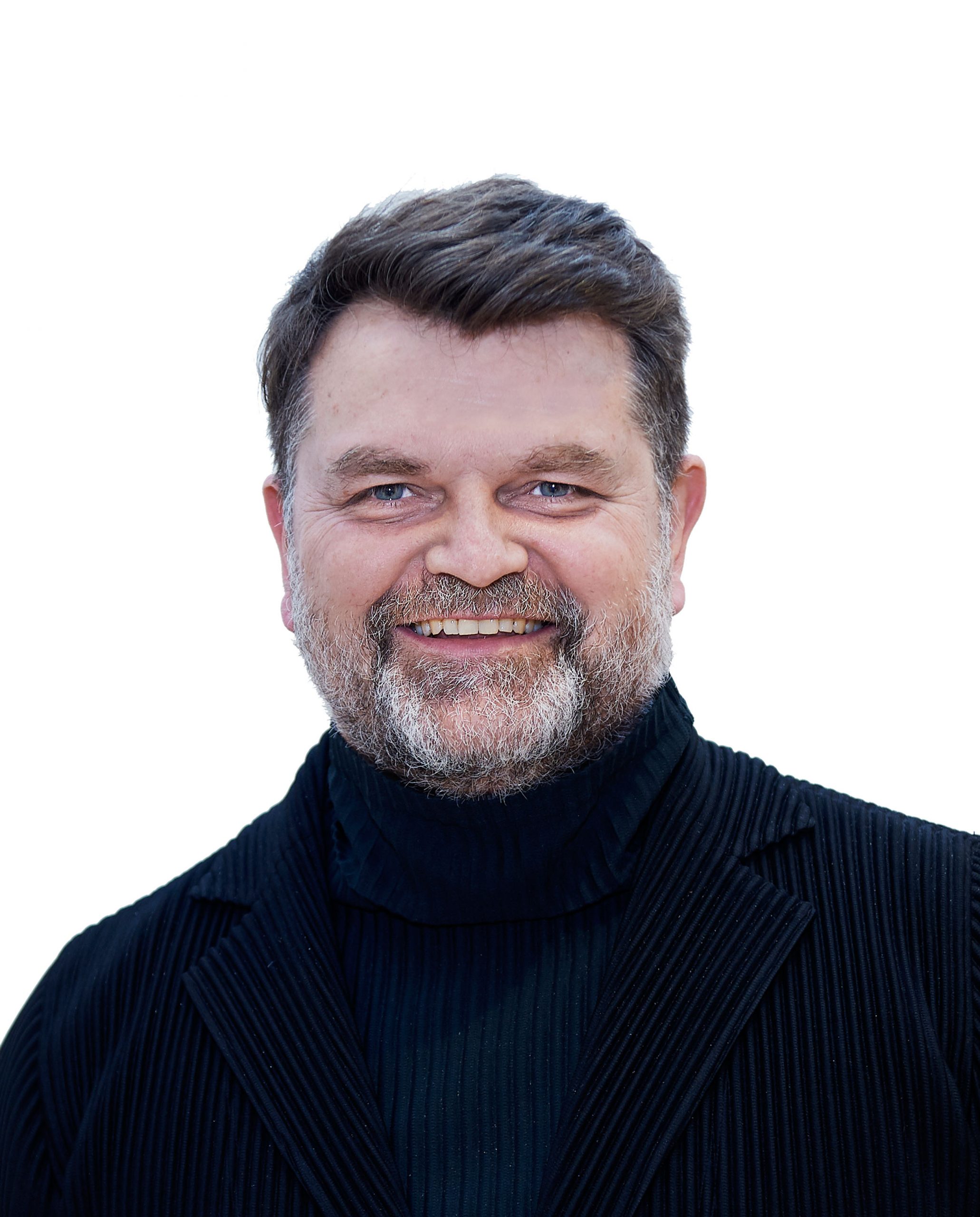 Designing the Future for a Better Today, with Kai-Uwe Bergmann

Since 2009, Kai-Uwe Bergmann has been Partner at the Bjarke Ingels Group (BIG)—with offices in Copenhagen, New York, London and Barcelona—, overseeing the firm’s business development and bringing his expertise to proposals around the world. For the German-born, U.S.-educated architect, globetrotting early on in his life is what helped shape his perspective: both as a professional and curious learner.
“After graduating I set forth and traveled for three years, working as a carpenter, as a stonemason, as a glassblower...I felt that you can only learn so much by sitting in a dark room and having someone else explain their experiences,” tells Kai-Uwe, listing Mali, Russia and Sweden as some of the places that gave him, in his words, a second education. “I spent time in many different cultures where there wasn’t the luxury of having a lot of waste. You had to deal with a lot of minimal means, or you had to make things serve two or three different functions. And to be exposed to that at an early age, you end up questioning the Western lifestyle where things are often single-use or quickly discarded.”
BIG founder, Bjarke Ingels, has referred to his right-hand man as the company’s “foreign minister,” pointing to Kai-Uwe’s gift for networking and communicating across channels and cultures. It’s a skill that comes into play while traversing international borders to meet with clients or perform site visits, just as much as it does while working alongside BIGsters—especially staff members of international backgrounds—who bring new perspectives to the table.
“The reason that I entered the profession of architecture is that I felt that you never finished the learning part,” tells Kai-Uwe. “There’s so much to understand, and each project opens up a whole new Pandora’s box of challenges. My colleagues, the fellow architects, [...] the engineers and the clients [each] come with very different viewpoints.”
Like storytelling, any good building needs a good plot: a turning point or interruption of the norm that causes bystanders or cross-seas observers to question everything they knew before and join the storyteller (in this case, architect) on their quest for the answer. And if you follow along with this analogy, BIG could be considered the best storytelling architecture firm of the 21st century.
More than mere structures, the designs of BIG are adaptive solutions that match the needs and concerns of the issues we face in today’s world—most notably that of waste, as tackled by Copenhill (aka Amager Bakke) in Copenhagen, a literal mountain of waste serving a dual purpose as a ski slope; climate change and consequential factors such as rising sea levels, leading to Manhattan’s The BIG U resiliency plan; and even abstract issues like intolerance, which BIG silenced in a neighborhood of Copenhagen with its crowdsourced and inclusive Superkilen public park.
“We [BIG] never mean to say that we have all the answers or are doing it the right and only way,” says Kai-Uwe. “These are all contributions to society, and in these small steps we hope we can make giant leaps, and that there are conversations and dialogues that happen when we complete projects.”
And much has been said about BIG’s Mars Science City, a commissioned project from the government of the United Arab Emirates. Located in Dubai, the simulation campus is a testing ground for designing an ecosystem that responds to a planet with an environment quite unlike ours.
“Some people criticize this [Mars] project, saying ‘we have so many issues on this planet, why would you consider going to another planet?’ I think it’s a bit short-sighted,” says Kai-Uwe, noting that the project is in fact informative for life on Earth. “In order to actually inhabit Mars or the moon, you have to answer a lot of the same questions of circular living, reducing calorie intake, finding water generation or extractions—many things that you would be resolving in a very abstract or tangible way that if you do happen to succeed, it will have so much of an impact on our own world.”
His heightened awareness of the world—and our galaxy—has made Kai-Uwe a valuable player on the BIG team, where each project carries an essence of sustainability, adaptability—an awareness of the context in which we live and the foresight to imagine the future.
In October 2020, the worlds of science and architecture were abuzz with the firm’s announcement of Masterplanet, a sort of redesigning of life on Earth that aims to overcome the otherwise dire reality of climate change. An official plan will be made public in 2021, though tip-offs reveal plans for on-going projects, as well as global-scale ideas that would require a collective effort and an openness towards a sharing culture. Take for example the proposal for a single power grid: working with the Earth’s rotation, solar panels located in countries receiving daylight would generate renewable energy for those on the dark side of the planet, and vice versa.

As environmentally-savvy as BIG may be, is creating a masterplan for the entire world just too far-fetched?
From the inaugural Earth Day in 1970 to the first issue of Stewart Brand’s published collection of essays and product reviews in Whole Earth Catalog (1968), like-minded projects in the past have sought and achieved a similar goal of awareness and accessibility towards eco-conscious living. In true BIG fashion (the firm’s first book was titled Yes Is More) Kai-Uwe possesses a positive outlook, and notes that the current global pause has given him hope that we, as a human race, can work collectively to achieve great and transformative goals.
“We are surrounded by negativity in the world, and everything seems to be about what you can’t do, causing us to navigate between possibilities and restrictions,” says Kai-Uwe, who believes that time is better spent “looking for ways to find positive outcomes from the myriad of challenges.”
And while he highlights the responsibility of his profession to think long term, the accomplished architect is very much in the present in his personal life, enjoying the temporary lull in travel to be with family and rethink what travel will mean to him, and BIG, in the future.
“On the whole, tourism has such a big footprint of people flying from place to place,” reflects Kai-Uwe, adding that BIG is interested in working with countries open to rethinking traditional tourism so as to diminish the footprint and create economic opportunities in remote places. “At some point, we are all looking for a place to replenish and decompress ourselves—but how can you do so sustainably, with the oversight of what you leave behind and mindfulness of local ecosystems, while creating the kind of experiences that are life-affirming is a question we should all be asking.”
Stay up to date with Kai-Uwe on Instagram and the latest BIG projects on their website. 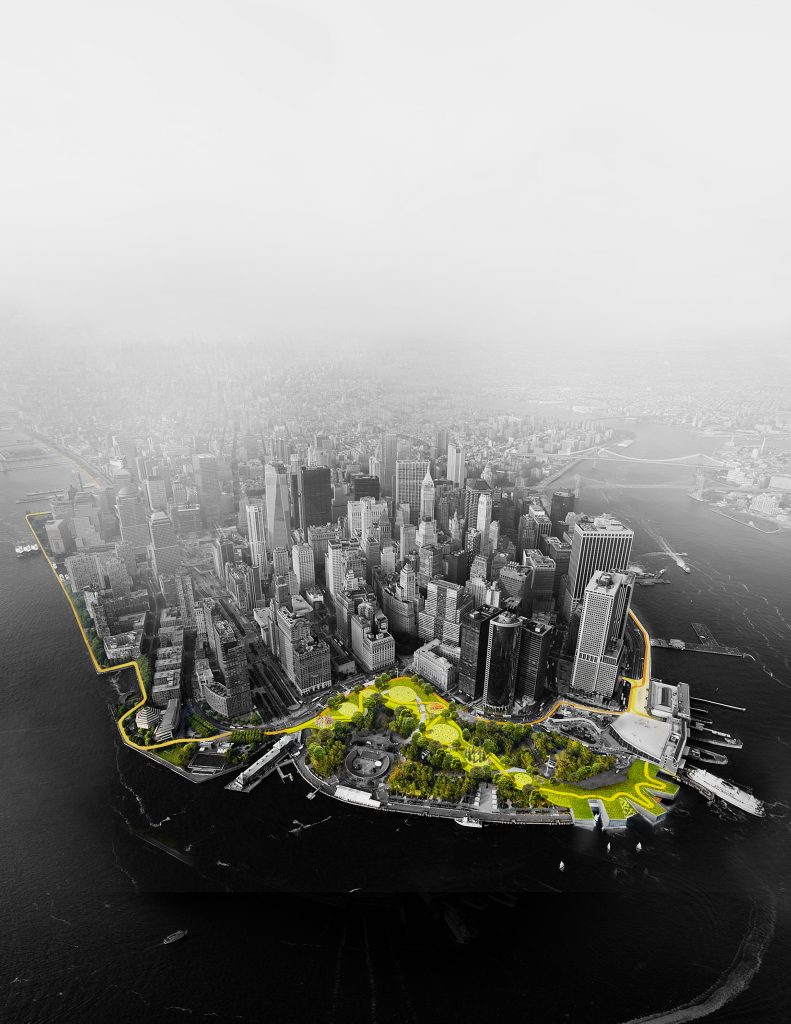 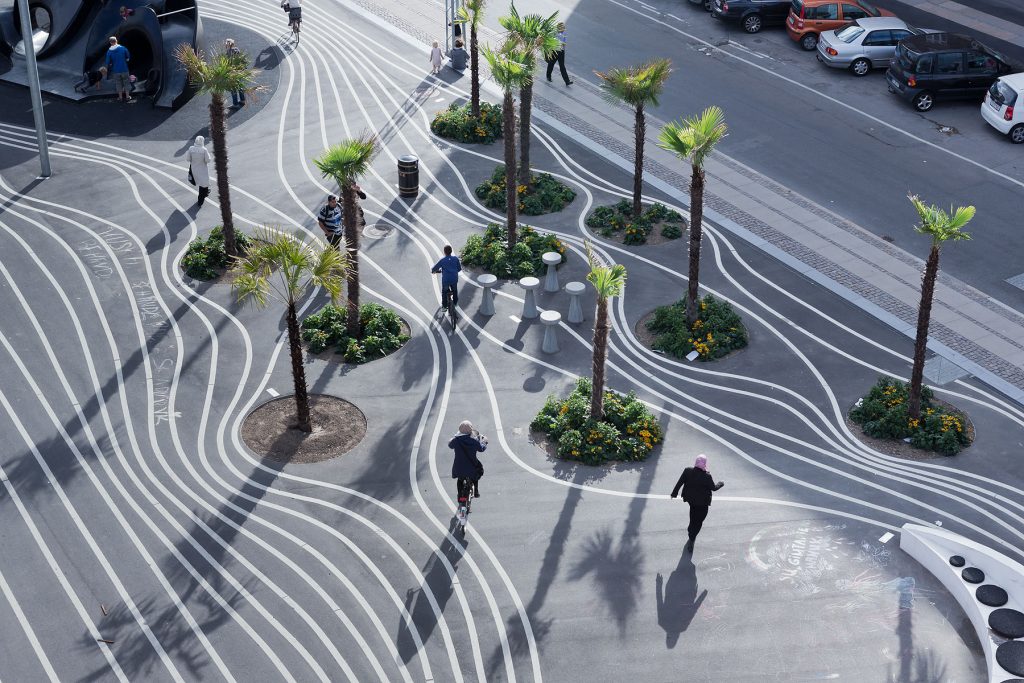 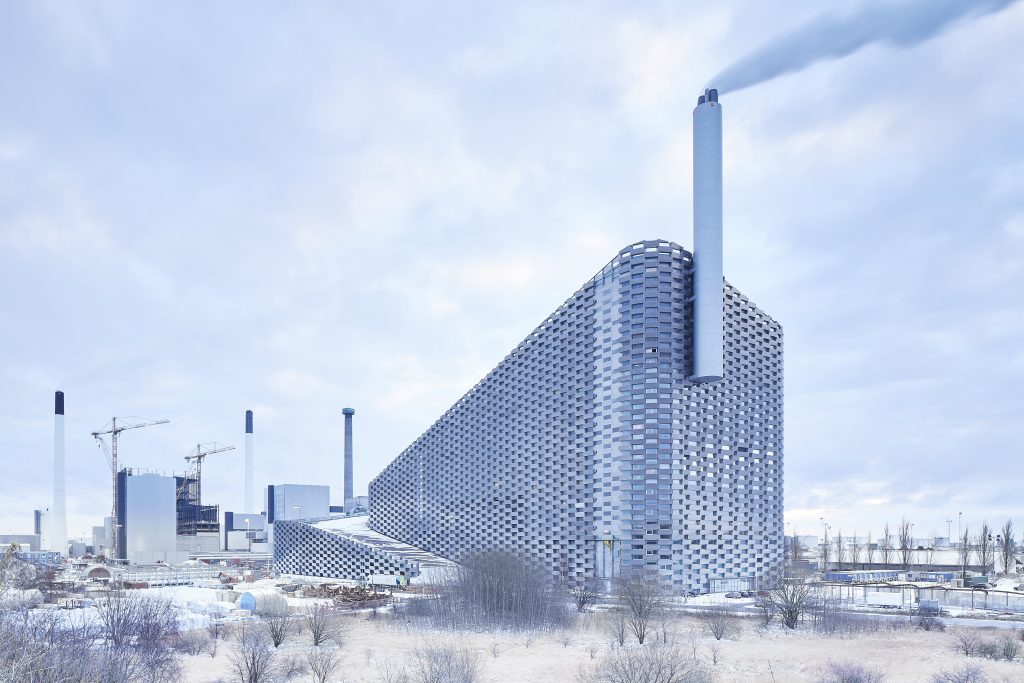 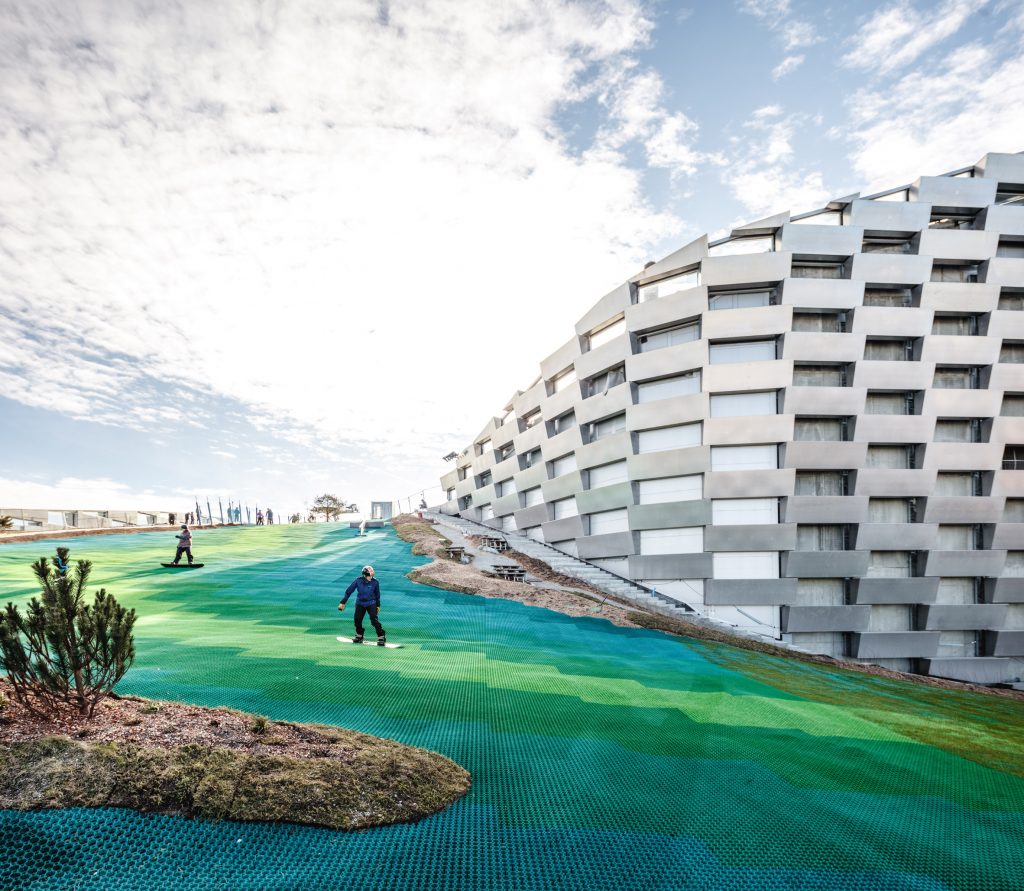 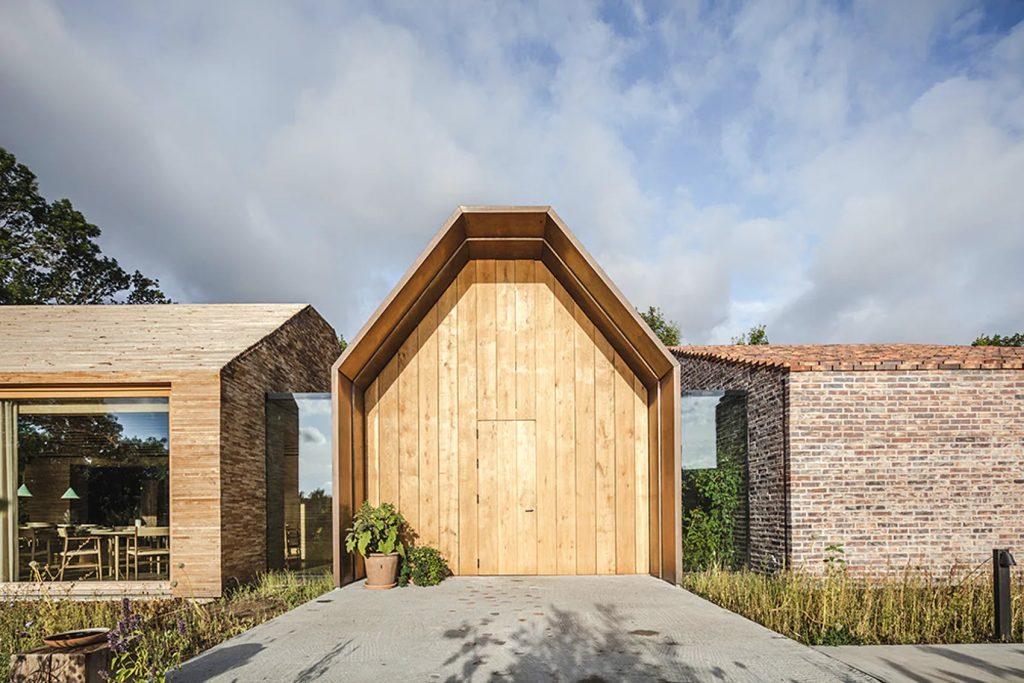 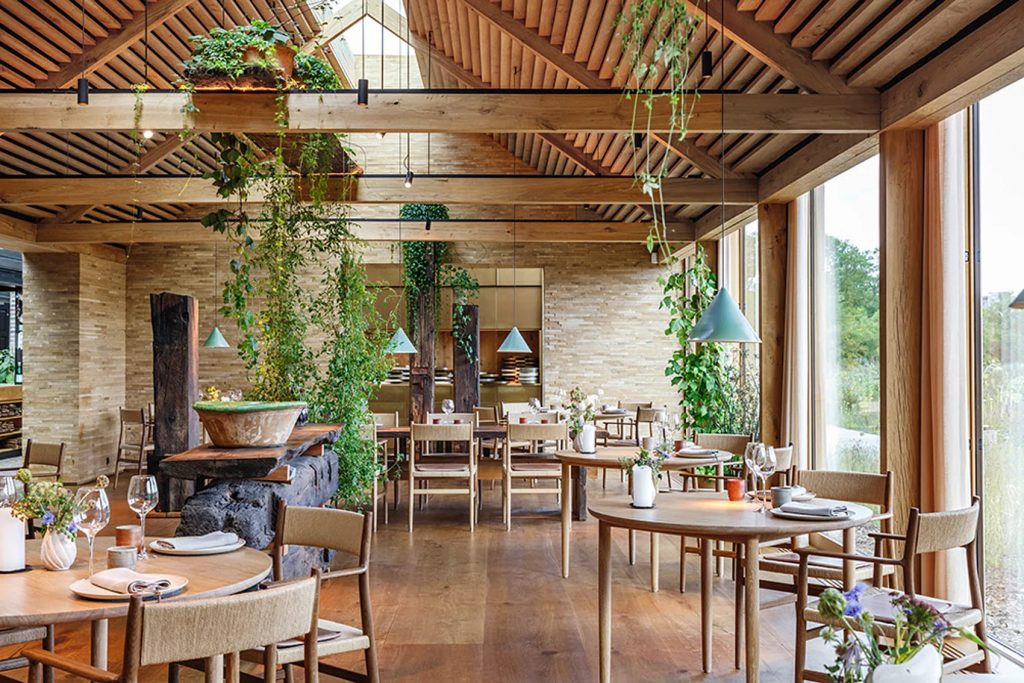 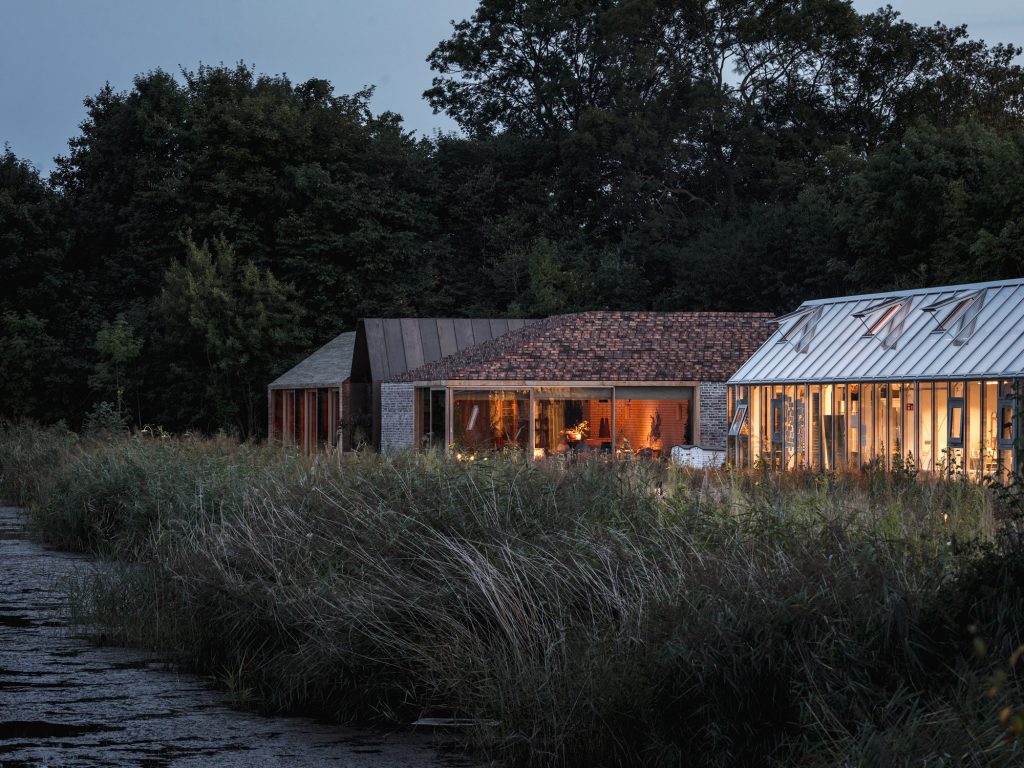 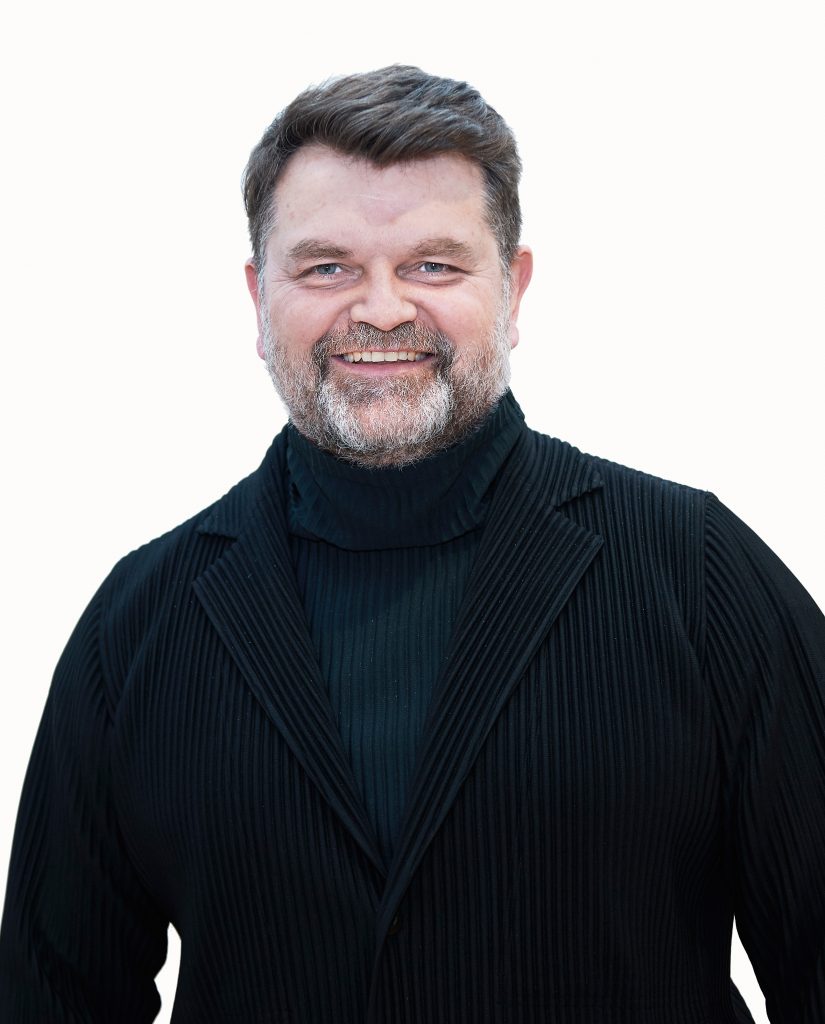