Healing Yourself While Healing the Earth, with Gabriela Aguilar

In the face of a global pandemic that has been present for nearly a year and counting, emotional issues that had only been creeping up in years prior—despair, loneliness, anxiety—have become as damaging to our wellness as the threat of Covid-19 has been to our bodies. A full integration of physical, mental and spiritual well-being, wellness has become a surging topic of interest for those in tune with the recent shifts in their well-being and lifestyle—however many still see it as a personal matter, rather than linked to every other member of society as well as our entire natural world.
Are you truly happy with what you are doing with your life? Are your actions in line with your heart and soul? Are you connected to your authentic self?
Simple questions that may lead to feelings of darkness or discomfort—thus, so often we block ourselves from engaging with an honest response. But it was this very set of questions that drove Gabriela Aguilar, founder of Los Yapas Holistic Center in the Amazon of Ecuador, to dig deeper and find her way onto the path of healing. Now, the grandchild of Ecuadorian farmers and daughter of parents from the Andes, strives to prepare and guide others in the process of confronting such transformative exploration through a reconnection with nature.
Located at the entrance of the Amazon from the direction of the Andes, Los Yapas is just two hours away from Baños, the most popular and visited city in the Andes of Ecuador. Because of oil and logging exploitation and traffic—roads, new cities and growing populations—this region of the Amazon, Pastaza, is also the most damaged. Committed to regenerative tourism, the team behind the holistic center has reforested 17 of their 25 hectares bought in 2006, converting what was once an open pasture for grazing cattle into a thriving forest hosting native species of plants, birds and butterflies. And for visitors, it’s become a sanctuary of experiences with medicinal plants and ancestral therapies, agroforestry and social work.
“There are three pillars to regenerative tourism: regenerate the connection with yourself; with others, and with Mother Earth. By performing this reconnection—touching the soil, planting a tree, making practices like yoga and detox, ceremonies with indigenous women and medicinal plants—we uphold those pillars, and believe them to be the guidelines of real healing,” tells Gabriela, in her calm yet joyful voice.

“I’ve experienced a life of living in a city and going to nature from time to time, and even living in a big city and being completely cut off from nature for an extended period of time,” tells Gabriela, a biologist who has studied in Cuba and Switzerland. In fact, it was while studying for a PhD at the University of Bern that a chance encounter would spark an intrinsic pull back to the Amazon for the Quito native.
“A fellow Ecuadorian spoke to me about the Yasuni National Park, one of the most biodiverse national parks in the world, and how the wildlife was being destroyed by oil exploitation and other threats. It really affected me,” she recalls. “Because I had been there, I had touched the trees and rivers...So often we keep a great distance between ourselves and issues that can be found around the world, be it wars, conflicts, poverty or environmental issues—but this was a place that was part of me.”
A wake up call for the student to reflect on her happiness and intention, Gabriela followed her heart and completely changed direction; leaving behind a recently completed doctorate, she returned to Ecuador, where she had not lived in over a decade.
Feeling isolated and without contacts, she began working with the earth, regenerating soil, creating compost, and, without realizing, healing herself. Healing leads to consciousness however, and Gabriela listened to the doubt that was nagging at her: What was her purpose for returning? How would she get started and with whom would she work with?
An ayahuasca healing ceremony, so prevalent in the wellness culture of the indigeouns women with whom Gabriela held close ties, found its way in her process of discovering personal answers. According to Gabriela, this specific experience with the medicinal plant—which she sees less as a pathway to hallucinations and more so as a way to highlight what we fail to see on the day to day—was able to build her confidence in herself and life.
With the clear messaging that she could heal while inspiring “others to heal themselves and regenerate the fading rainforest,” Gabriela continues to consider indigenous plants with medicinal properties as a pivotal factor in the healing process. However, great care and preparation must be given to what is an extremely personal journey inward.
“[At Los Yapas] we are not looking for quantity. A lot of money can be made by hosting an ayahuasca ceremony for 10, 20, 50 people, for instance. But the quality comes through the preparation in which you’ll face the darkness, so that when you enter the ceremony you feel really light because you have already seen the most difficult parts of your life and confronted them,” says Gabriela, noting that an ayahuasca retreat is typically seven days. “The ceremony is a time to enjoy and in an environment where you feel safe and without judgement. Afterwards, we are there to discuss and connect—even after you’ve left our grounds.”

In 2019, four years after becoming a founding member of Red Amazónica de Permacultores (Amazon Permaculture Network), Los Yapas joined like minded communities in creating the Amazon Route of Hope.
Consisting of four main ‘islands’—natural areas that have been recuperated by defenders of the forest—navigating the route means discovering new experiences and traditional knowledge of healing. Three of the islands are between 20-60 minutes from each other, while Los Yapas is the furthest from the group, at a distance of 7 hours. Recommended to traverse by private car, the amount of time navigating the route depends on how deep of a healing experience is desired, as opportunities to work in soil and permaculture, reiki, yoga, mindfulness abound along this protected route.
Working closely with indigenous women in the Pastaza region to protect the land of Los Yapas and beyond, Gabriela is aware of the danger in her work, as workers in the oil and logging industries, fearful for their work, can react with acts or threats of violence.
“I’m not afraid. I really trust in life and in my heart and in all that we are doing. I know that there is a threat but I prefer not to give it too much thought or energy,” says Gabriela, noting that Ecuador’s rainforest is fortunate to have the work of many NGOs as well as the support of influential figures such as Leonardo DiCaprio. Acknowledging the draining work of their community, Los Yapas organizes retreats for local indigenous women, after which they are able to bring back to their communities what they’ve learned in order to spread healing and this idea of a protective network of women.

Healing, facing the dark side that we don’t want to face, and removing the layers and masks that we use to bury our true emotions and selves, is a deep process that requires the very plants, environment and community made possible by the Amazon.
“This type of wellness goes deep. It’s not just about a nice view, a massage or yoga session: it’s working to go deep into your psycho-emotional side to get rid of these fears and limits that prevent you from seeing yourself as the beautiful and necessary being that you are, meanwhile reconnecting you to the soil, the natural world,” points out Gabriela.
The transformational experiences found at Los Yapas create lasting connections between the visitor and Amazon, a deep tie of heart and soul to its nature and people; what results is a relationship whereby people are more likely to take action to protect and conserve natural areas.
In a world where levels of depression have skyrocketed and undeniable global threats such as climate change and viruses are now intertwined in our daily decision making, how does one stay positive?
“As long as we have people regenerating forests and coming back to nature, we have hope. Thanks to these plants, the forest, and the community of people -especially indigenous women- who have been protecting the natural earth their whole lives, we have this anchor as human beings to connect and heal. Healing leads to consciousness which can lead to hope. And that’s what we need to conserve in order to give a future to the next generation.”
Support Los Yapas Holistic Center by following them on Instagram or visiting their website. 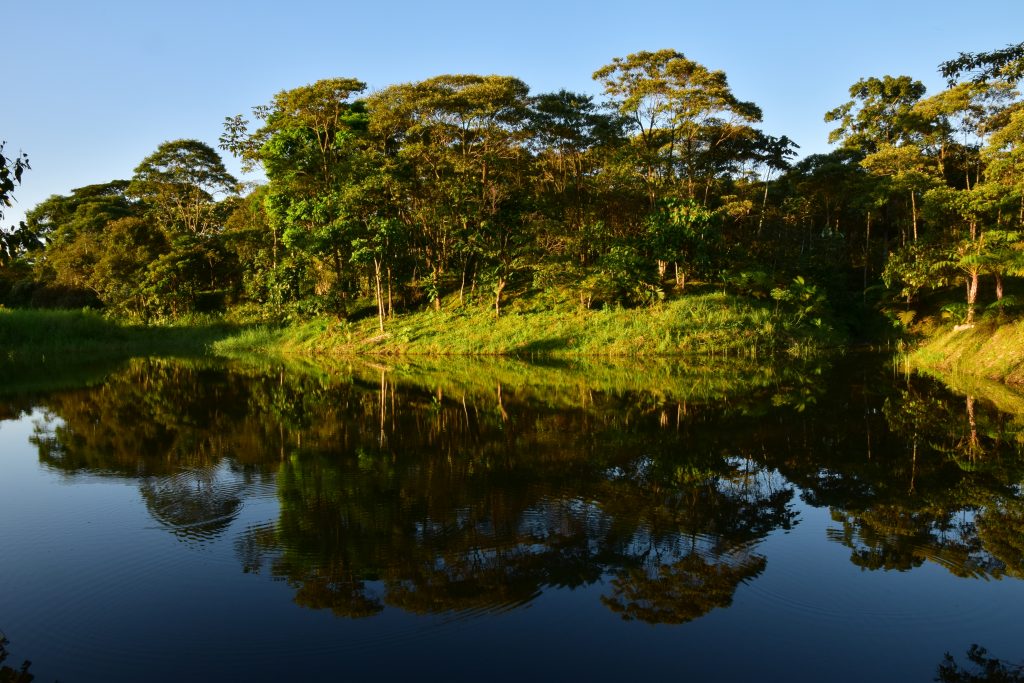 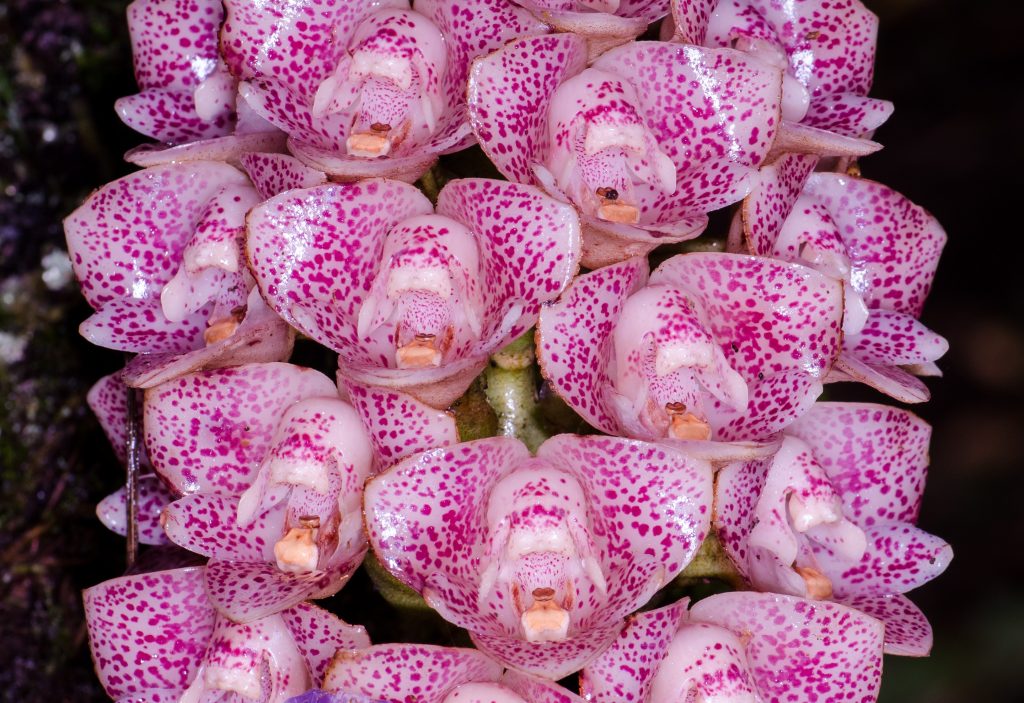 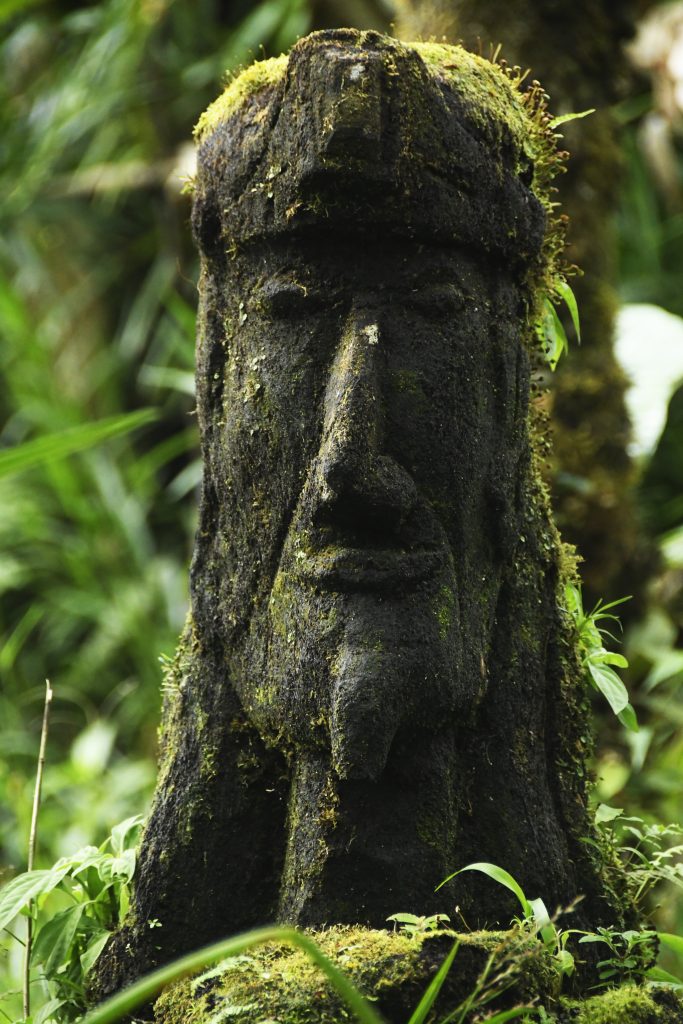 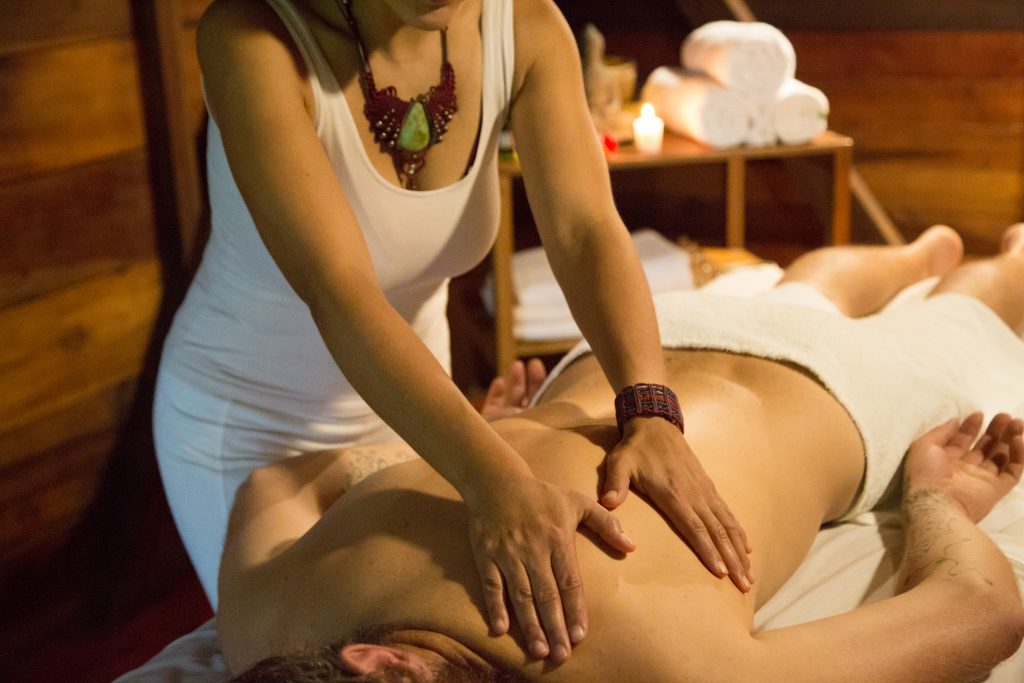 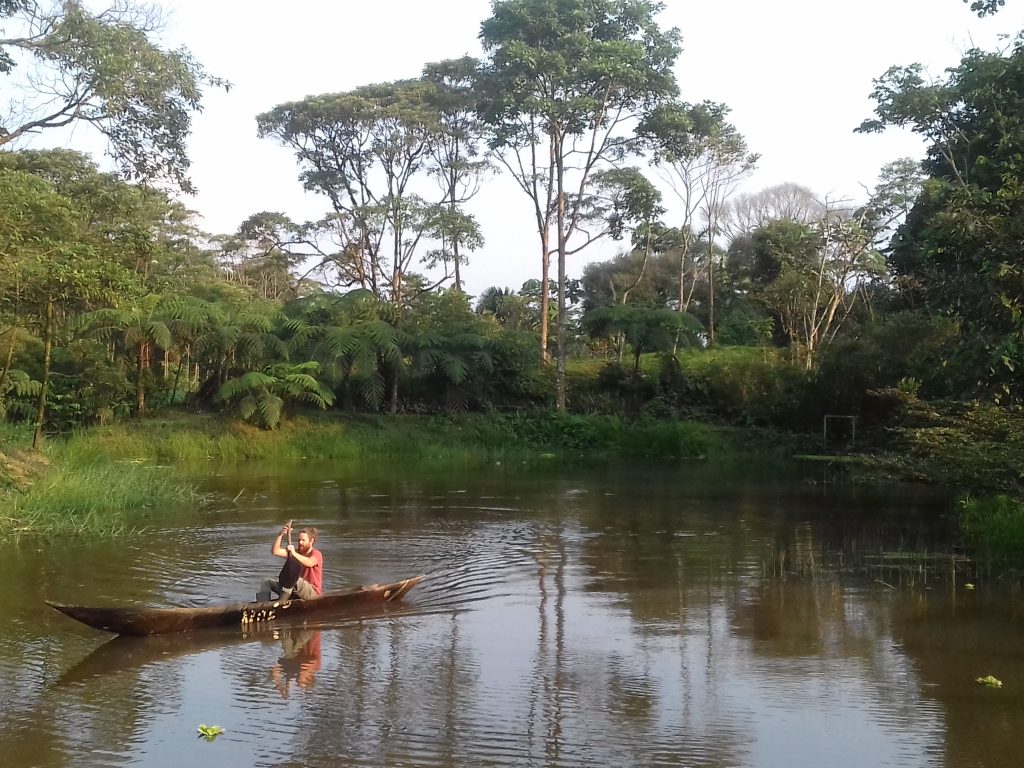 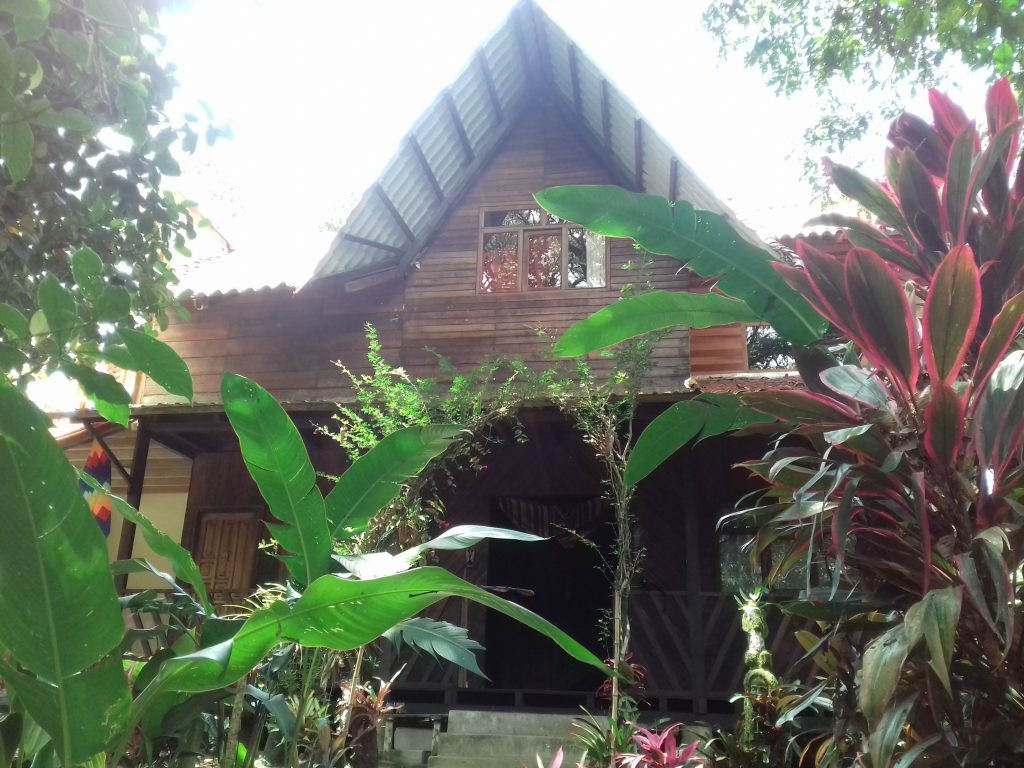 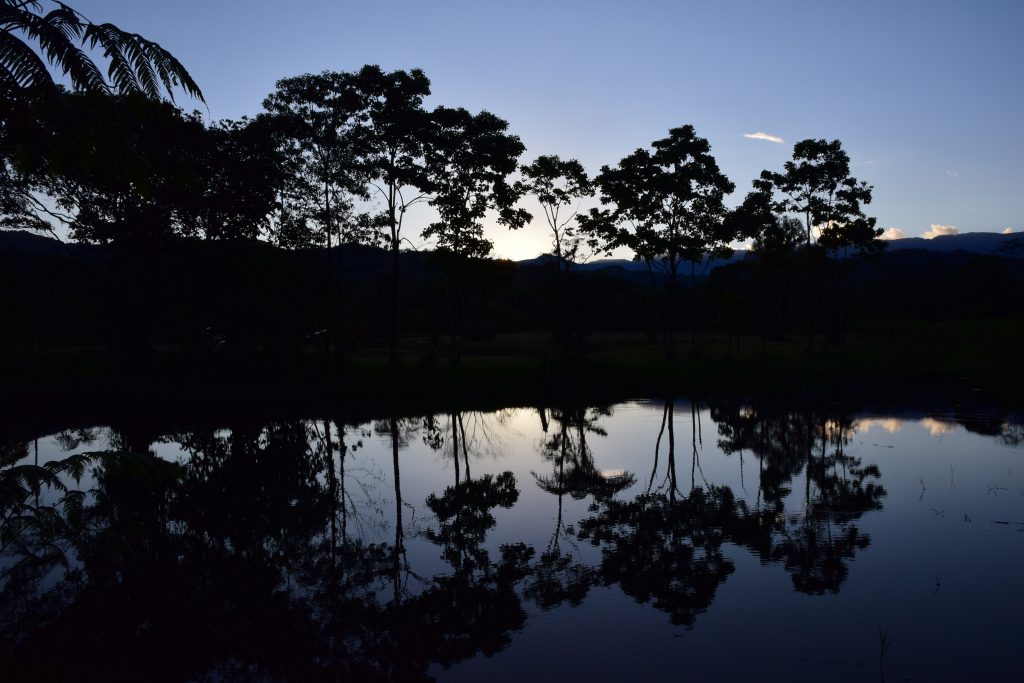 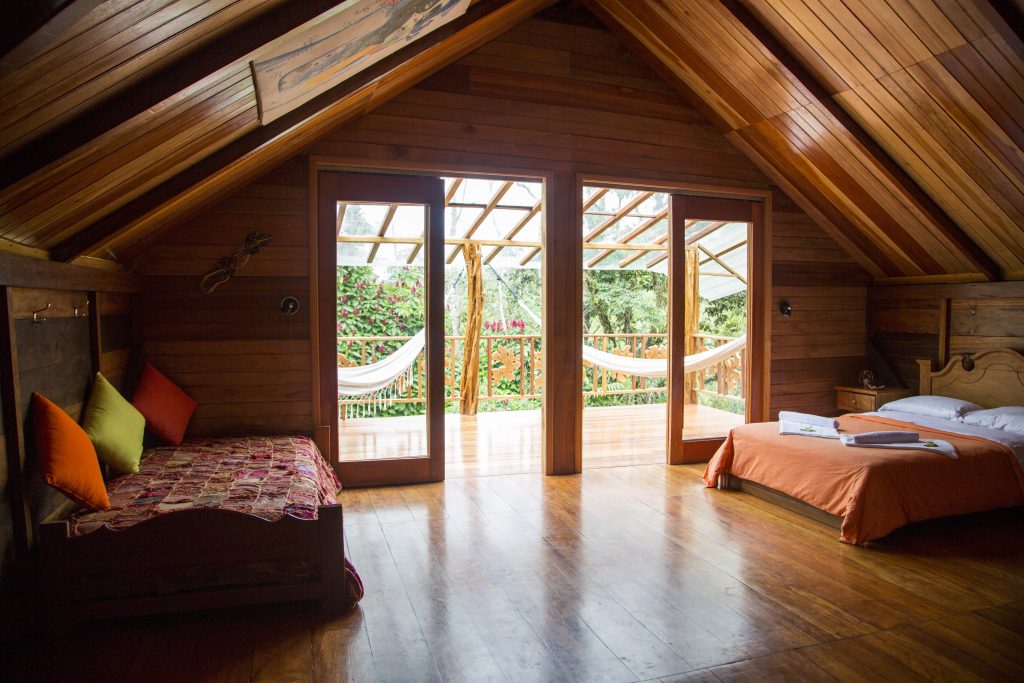 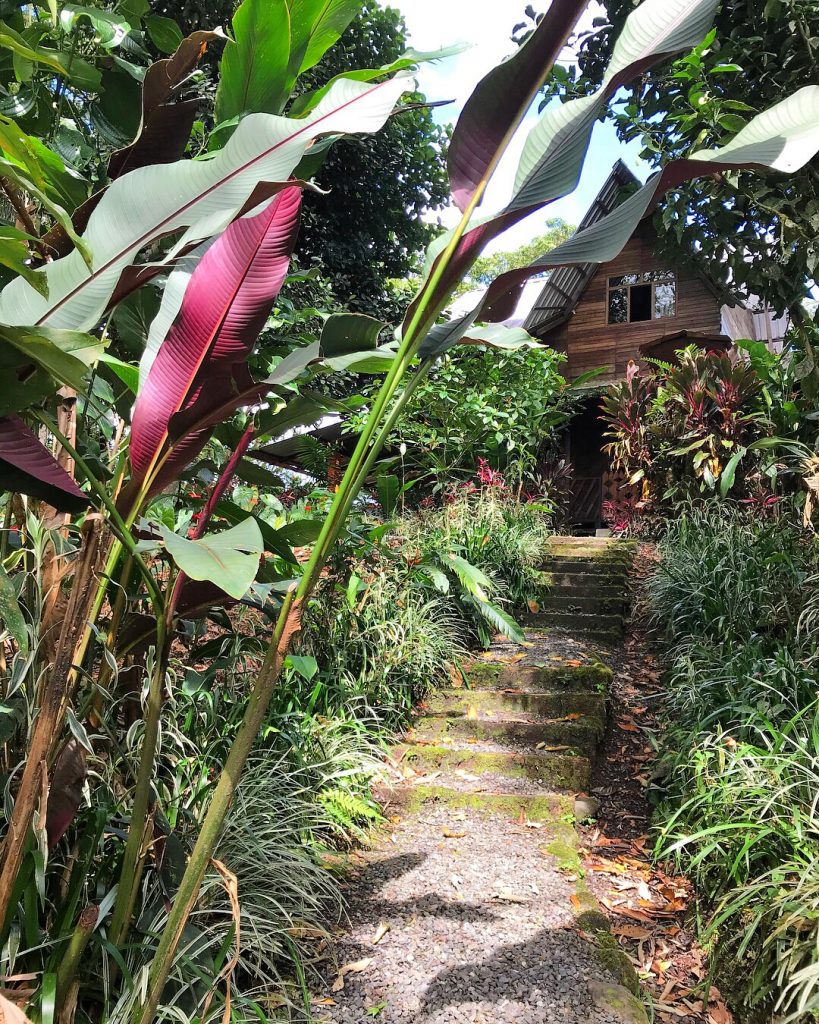 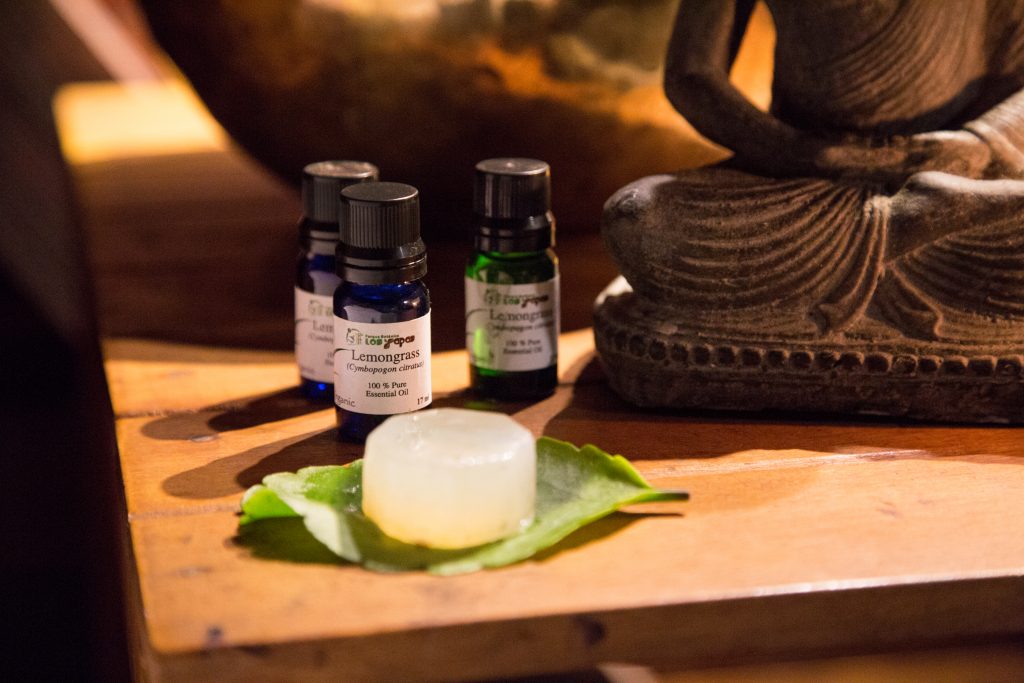 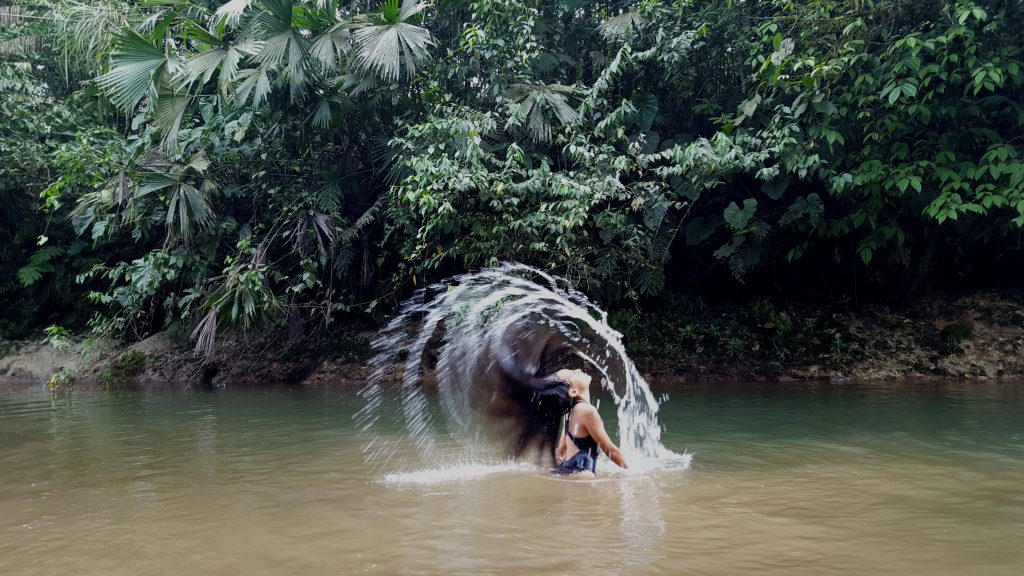