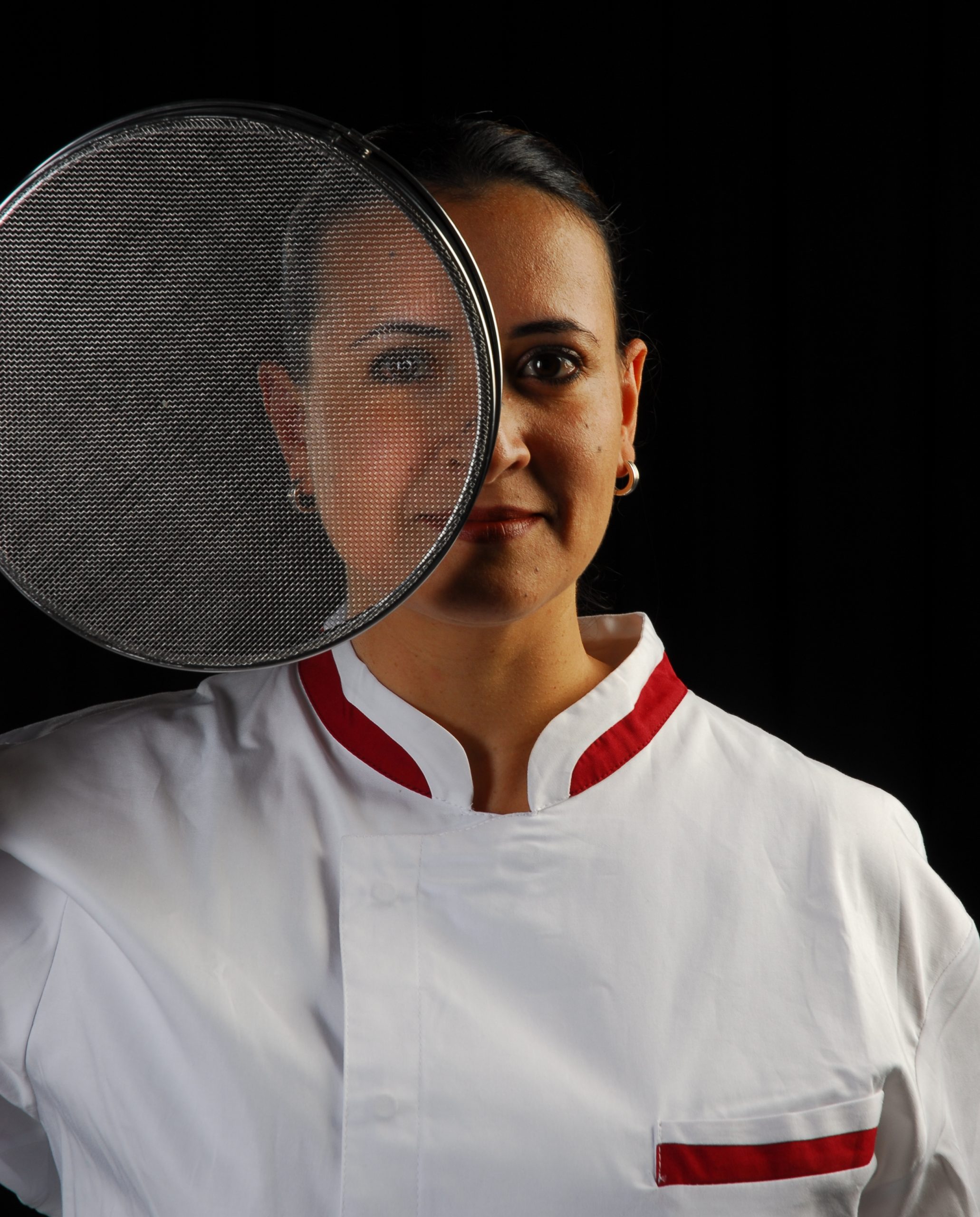 Using Food to Create a Zero-Waste Community, with Luciana Bianchi

The story of how Luciana Bianchi, the Italian-Brazilian chef with a background in Molecular Science, came to root herself in the remote Galapagos Islands and create a social foundation based on gastronomy is one that springs from—and quite fittingly so—chemistry.
As one of the pioneering food writers that helped shape the global craving for international gastronomic travel in the early 2000s, Luciana was allegedly one of the most frequent travelers in the gastronomic world, having averaged 250 days a year, between 2008-2017. Yet she had never visited the Galapagos Islands. And why would she? A pristine natural wonder, a living laboratory of rare and beautiful flora and fauna—the archipelago has been repeatedly recognized for its landscapes and wildlife, yet never for its gastronomic offerings.
She didn’t need a reason to go however when, in 2016, she found herself in mainland Ecuador to speak at a conference, after which she was invited to spend a few days in the Galapagos.
“It had always been a dream of mine to visit, as the Galapagos has always seemed like a place in the middle of nowhere, so distant, so impossible and so magical as well,” recalls Luciana. “So I was very surprised when I arrived that it was one of the rare cases where the publicity is not as good as the reality: the reality was much better than anything I had expected.”
While staying at the Golden Bay Galapagos, San Cristobal's sole five-star boutique hotel, she made a life changing friendship with the hotel’s owner, Pablo Mejia. The two had an immediate and natural chemistry.
“Pablo’s mom was from south Brazil like I am, and his education was very similar to mine, so we had a lot of things in common including the principles we were raised on,” explains Luciana. “When my last day on the islands arrived, we decided that I would return and help him get the small, 21-room hotel and restaurant operating correctly.”
A few months later, in January 2017, her return trip to the island of some 7,000 inhabitants revealed many issues, such as overdependence on tourism and the mainland, as well as the lack of sustainable projects, especially in hospitality and gastronomy.
Henceforth, the focus would no longer solely be on the hotel, but on something bigger: creating the Galapagos Foundation to help introduce a sustainable philosophy to the Galapagos and, through its pilot project MUYU, create a zero-waste community—one that upholds principles of conserving natural resources—empowered by food.

Turning a restaurant back into an idea

Pulling on Luciana’s expertise, and Pablo’s courage to risk a new concept, MUYU (meaning ‘seeds’ in Kichwa) was created in June 2017. Located a few steps from Playa de Oro (Golden Beach), home of sea lions and unique wildlife such as marine iguanas, blue footed booby birds and frigatebirds, the restaurant is the first and only farm-, forest- and sea-to-table restaurant in Ecuador. MUYU also serves as a school that trains students in a 2-year program to become certified, world-class professionals in hospitality and gastronomy. For Luciana and Pablo, the project has been like planting a seed of hope and knowledge sharing.
Lowering carbon emissions by partnering with local organic farmers and growing increasingly independent from the mainland that lays 1,000 km (600 miles) away thanks to their organic rooftop gardens and farm, the team at MUYU dishes out sustainable catch of the day (such as the area’s giant lobster) and a small tasting menu, all accompanied by edible flowers, aromatic herbs and seasonal produce.
“Galapagos doesn’t have a native indigenous population, and this is now the fourth generation of citizens born here,” explains Luciana, who has spent much time in renowned gastronomic powerhouses like Peru, a country whose numerous indigenous populations are a living legacy. “Families still cook as in their regions of origin in Ecuador, so Galapagos didn’t have enough time to develop its own cuisine. Now MUYU is doing that job. We are researching the anthropological background and learning from the elderly ladies of the island about their dishes, traditions and stories and writing about the evolution of the first Galapagos Cuisine.”
Luciana, an associate lecturer at the University of Gastronomic Sciences (Pollenzo, Italy), the home of the Slow Food movement, and at the Faculty of Gastronomic Sciences of the Basque Culinary Center (San Sebastian, Spain), the leading modernist cuisine school at Mondragon University, has committed herself to a life of research and learning—and it is evident that she wishes the same for her students. Pulling on her connections, MUYU has received guest teachers and workshop leaders from a growing network of recognized chefs, all of whom have experience working with top restaurants such as Mugaritz, El Bulli, Noma, A Casa do Porco, El Celler de Can Roca, Azurmendi and Central.
MUYU has also branched out as a laboratory that, while not posh by any means, aims to educate and preserve. Luciana points out that relying on private funds (the foundation does not accept government's funding) has created a true guerrilla sensibility as the team has made due with what they have—and handmade what was missing, as in the case of their first dehydrator, crafted from waste material and a Youtube video. Since 2017, the team has been putting together the first catalogue of edible plants found in the Galapagos, and continue to research cassava byproducts, natural pectins and alternative proteins. Guests at MUYU restaurant are able to participate in a brief tour and demo of the ongoing work and discoveries.

While it sounds like a utopian learning center based in an Edenlike setting, the lack of products and infrastructure as well as the general indifference to gastronomy on the islands have been ongoing challenges for the foundation and its projects.
“Last year (2019) MUYU was recognized by The World’s 50 Best Restaurants in their respective Discovery list, which was a big deal for Ecuador—but here in the Galapagos it meant nothing to locals, not even to our team,” notes Luciana, “When I told them we had made the list, they didn’t understand the significance. But when I showed them a map and pointed to our island, I explained, ‘Tomorrow morning the world of gastronomy will know that this little dot exists,’ and then they were elated with the idea that the world would finally see them and possibly hear them.”
Having begun just over three years ago, Luciana and Pablo, who are now business partners, were seeing the first group becoming trained professionals at MUYU not too long before the pandemic struck. The dire situation faced by the MUYU family and all of the Galapagos when tourism and access to the mainland was cut off has only strengthened Luciana’s belief that she is in the right place at the right time.
“With 70 team members we are the largest employer in all of the Galapagos and are also the largest buyer of agricultural products—so if we go down, a network of some 200 families on the islands will go down with us,” notes Luciana, audibly and understandably frustrated with the dire situation faced by all on an island that depends on tourism. “We feel abandoned by the Ecuadorian government, incapable to deal with this pandemic.”  Some of her staff members who are single mothers, parents of small children, as well as some family producers are completely dependent on the restaurant for income. “The idea right now is to stick together and support each other, keeping with my life motto, taken from my favorite author Eduardo Galeano: ‘Many small people, in small places, doing small things can change the world.’”
Support MUYU by following them on Instagram or visiting their website.
Follow Luciana on Instagram. 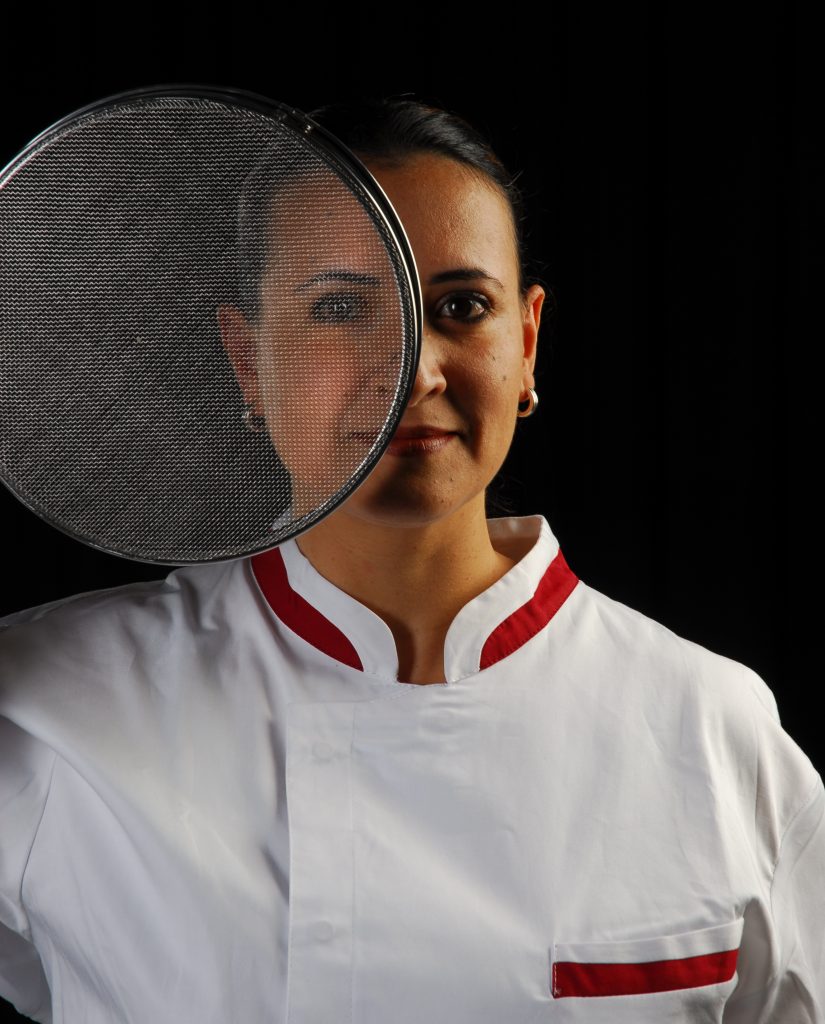 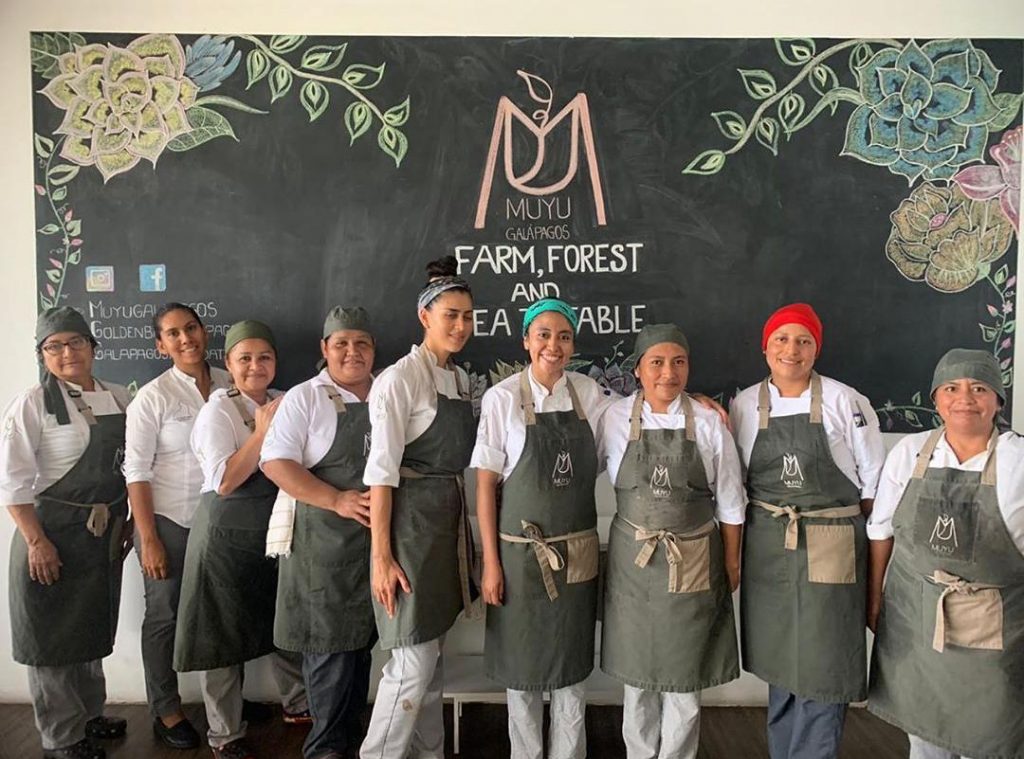 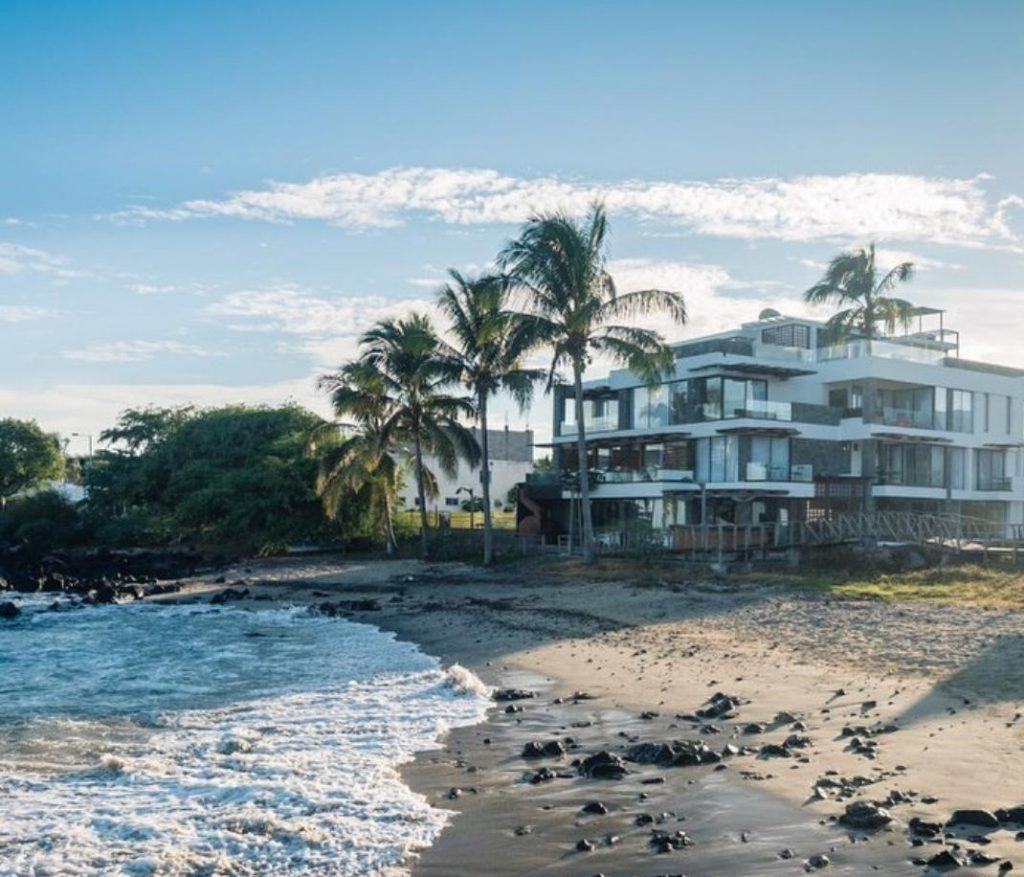 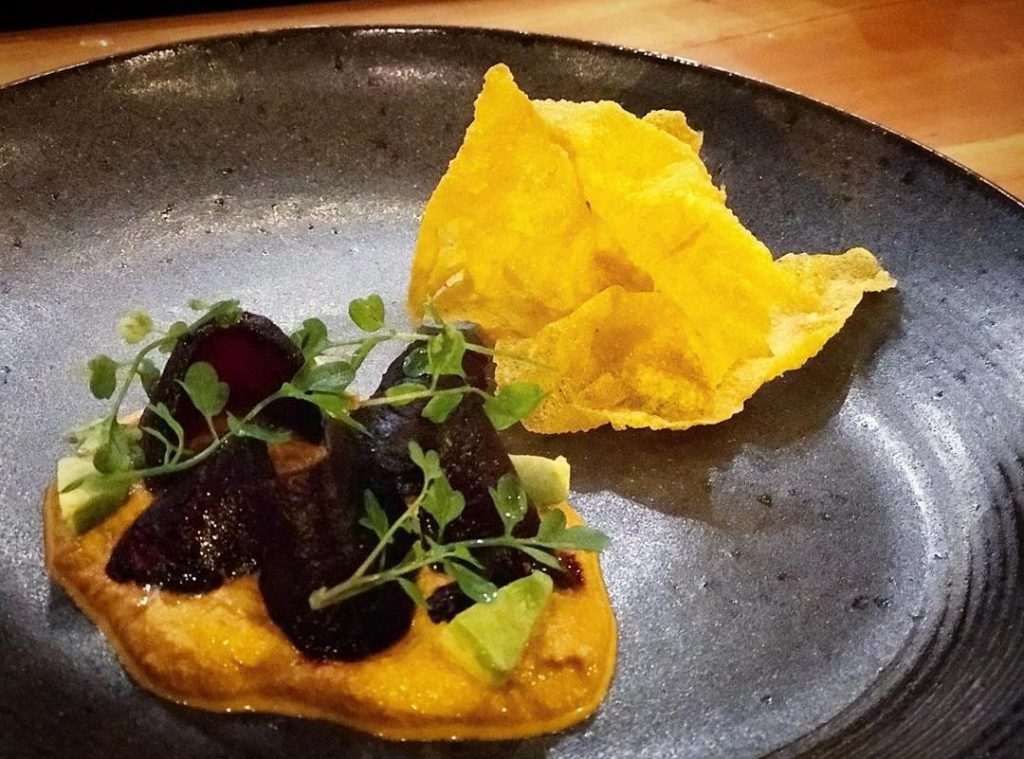 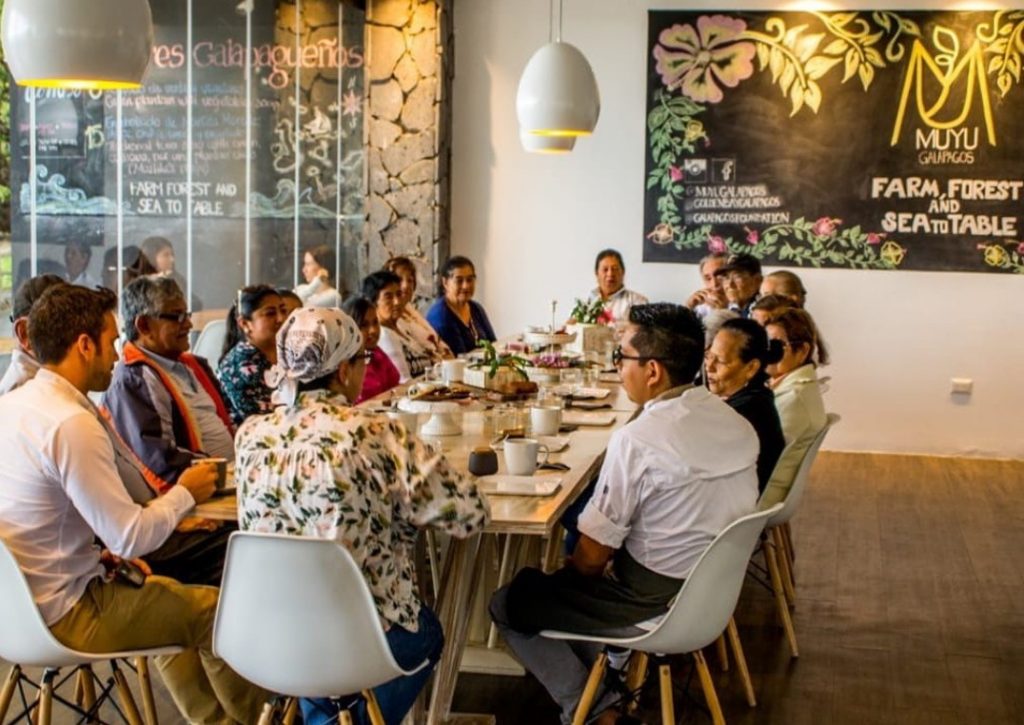 Learning traditional recipes from the mothers & grandmothers of San Cristobal 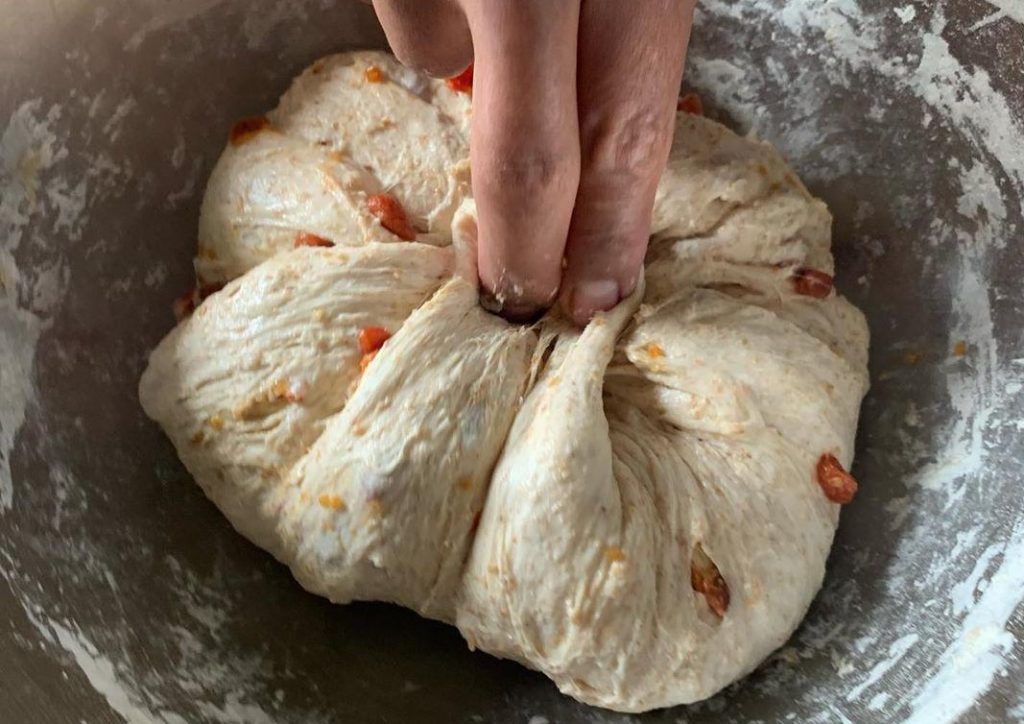 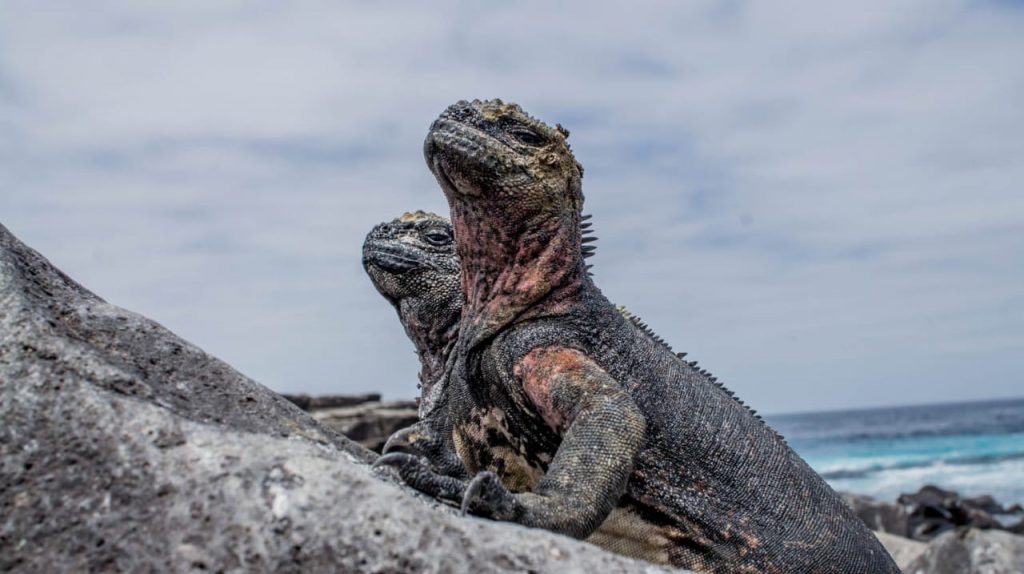 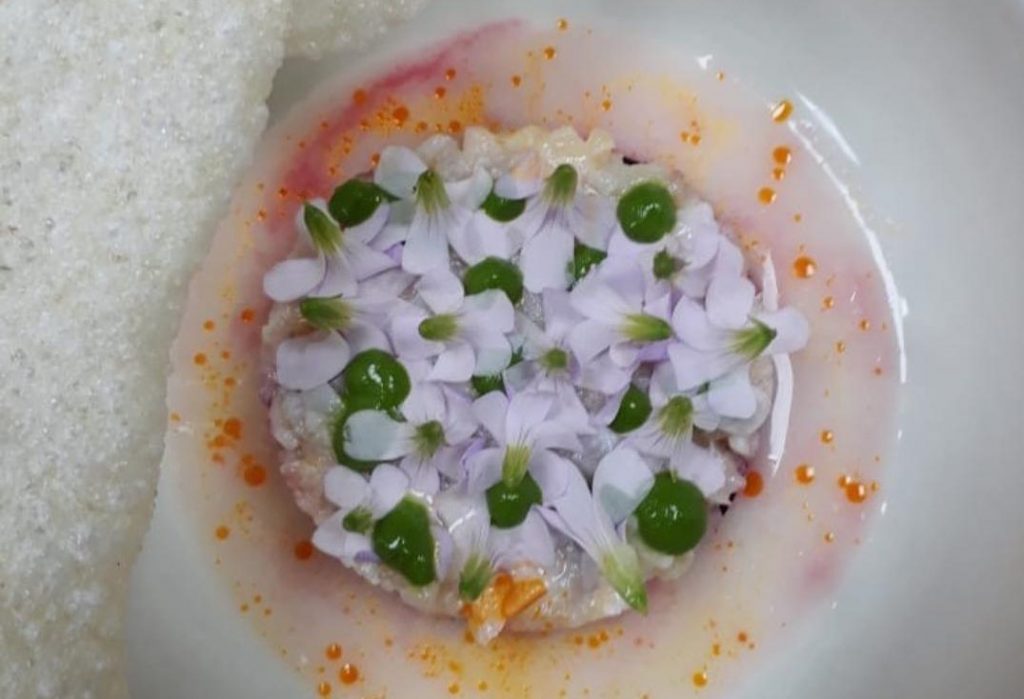 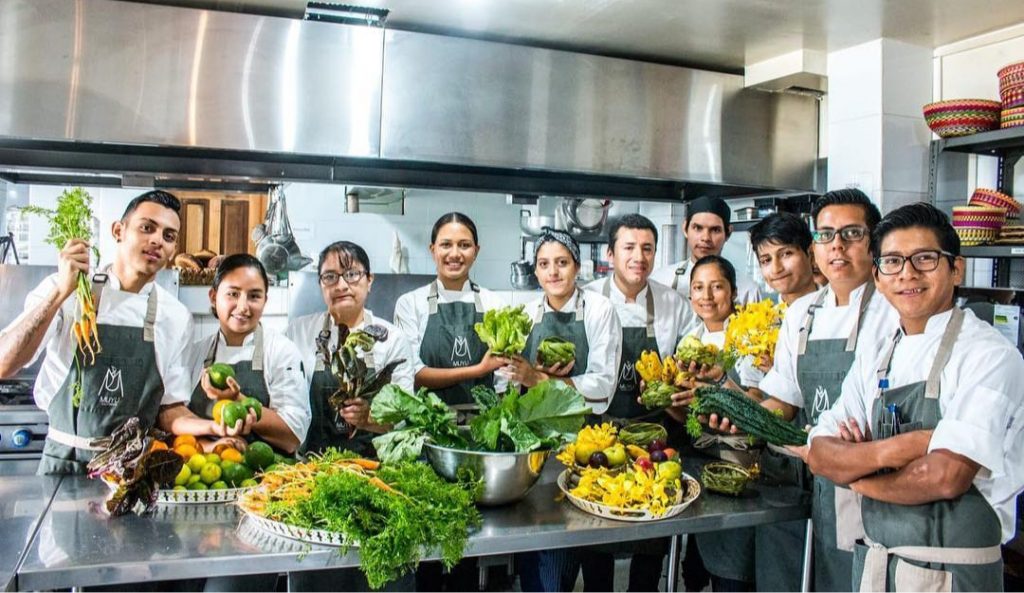 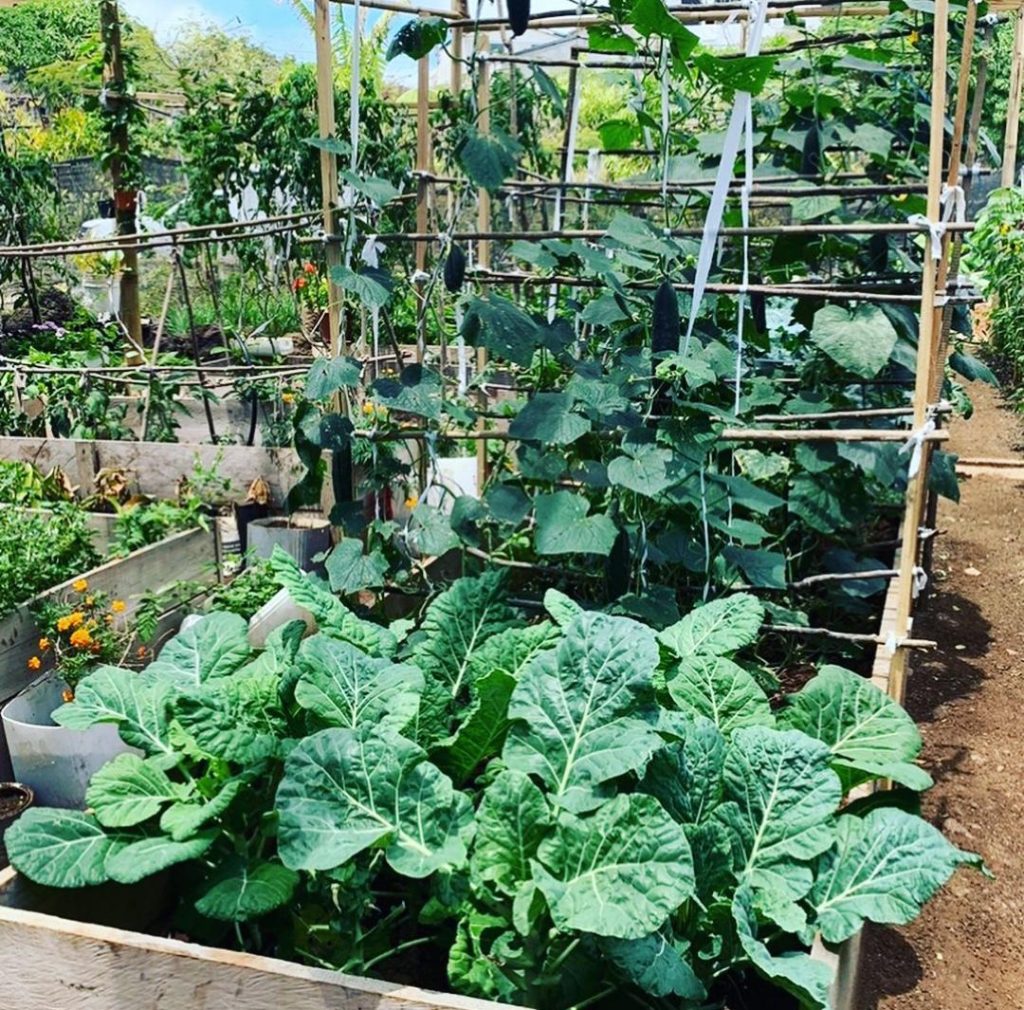